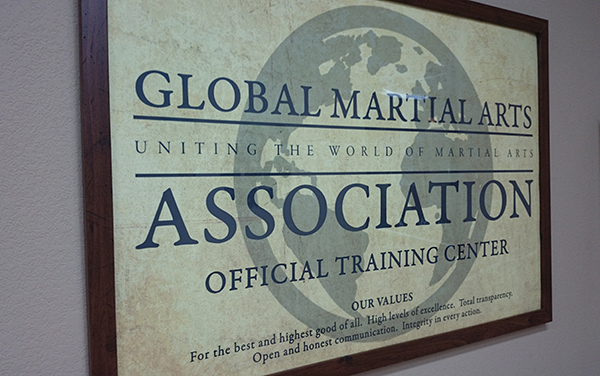 About the Global Martial Arts Association

The Global Martial Arts Association (or GMAA) is on a mission to unite the world of martial arts. Rather than creating division, conflict, or segregation – the association is imbued by the lightness of respect and compassion for all martial artists. The GMAA is a non-political organization dedicated to raising the standards of martial arts instruction, qualifications, and student progress in their own journey toward self-mastery. The association does not exist for the few, but for the many. Through connecting martial arts leaders in communities around the world, the association is forging a network of positive-action oriented individuals who are changing the world – together.

The association exists to give students, instructors, and school operators a common backbone of structure and guidance through their respective martial arts training programs.

The Global Martial Arts Association Leadership Board is a group of individuals who have been selected to represent and guide the association’s path. Board members have been selected for their life-long dedication to the martial arts, among other notable service-oriented character traits. The Leadership Board is not at the top of our association, but rather the bottom. Through being the guiding instructors or advisors for our students and members, the Leadership Board is helping to lead our entire membership to success, through being the foundation of our tenets. We are here to serve our members. 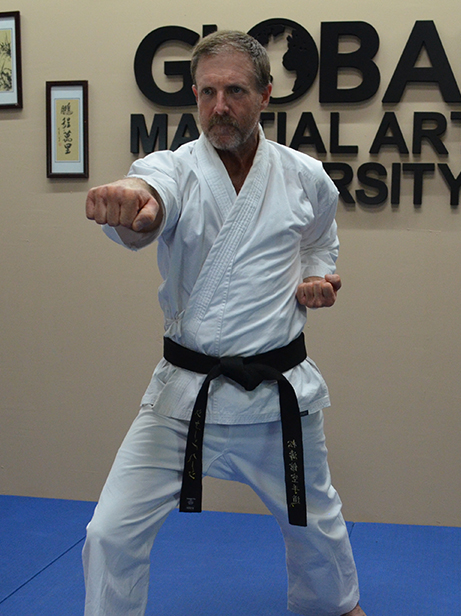 Jon Hodge currently holds the rank of 6th dan black belt in Shotokan Karate and Song Moo Kwan. He has taught martial arts for nearly 20 years. Over the years Master Hodge has studied many different forms of martial arts and is also a Master Chi Kung and Tai Chi instructor. Master Hodge is well known as a teacher of self-defense, self-discipline, and most importantly to him – self-improvement. 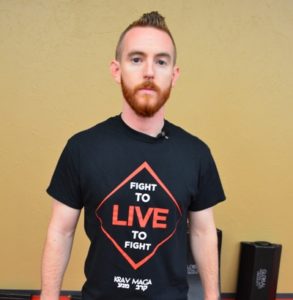 Michael South is a black belt Krav Maga instructor and has been a student of the martial arts for over ten years. He also holds black belts in Tae Kwon Do and Hapkido. He began teaching martial arts professionally six years ago and is the founder of National Martial Arts, an Oklahoma-based martial arts organization dedicated to making the world a better and safer place. He specializes in Krav Maga instruction and is an avid student of BJJ at the moment, as well as a competitor. 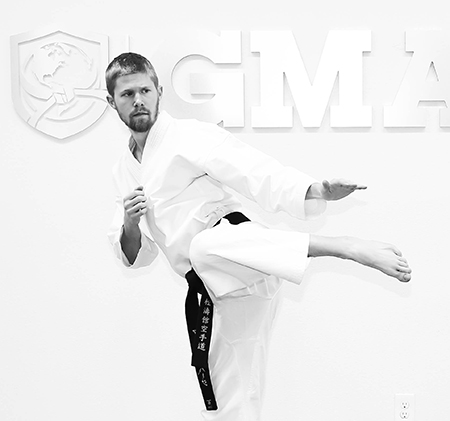 Michael Hodge is the founder of Ultimate Training and also the weapons style Ultimate Bo. Michael has been studying the martial arts since age seven and has earned a 3rd degree black belt in Shotokan Karate. He has taught thousands of classes as an instructor in his own dojo and now currently works with his home study students from around the globe. His goal is to help others reach their full potential and create boundless prosperity for the world. 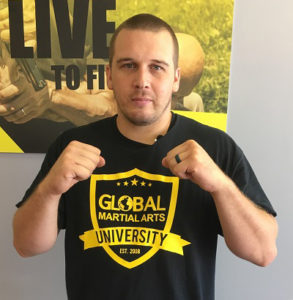 “I have been involved in martial arts for over a decade. I began with Krav Maga and Muay Thai Kickboxing. I earned a black belt under John Gabriele (who trained under Darren Levine, who trained under Imi Lichtenfeld). Two years later I got involved with Brazilian Jiu Jitsu and haven’t stopped training since. I am an MMA and kickboxing title-belt holder. I enjoy competing, but my true passion is teaching and watching people grow into leaders. I have always been active in helping my community and wanted to share those values with my students, as they become leaders in their community. When I am not at my school teaching (or teaching my global students) I enjoy spending time with my wife and finding new adventures.” 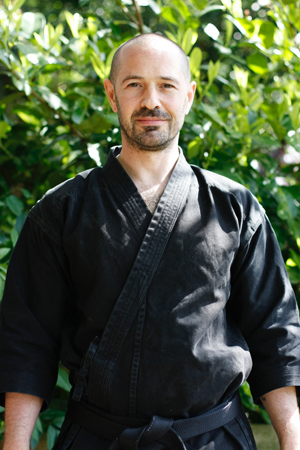 “I was born in Hammersmith London.
Began to study Shotokan Karate in 1978 as a result of being bullied in school.
Took up Shorinji Kempo in 1984 – this was also when I first began Zazen.
I trained in Jujitsu and boxing over the next 13 years.
I began intensive training in Buddhist meditation in1991.
In 1997 I began training in Aikido and returned to Wado Ryu Karate in 2005.
I ordained as a Soto Zen Priest in 2010.
I currently teach Karate and Zen meditation in London and Kent.
Alongside my martial arts training and spiritual search, I had a career as an actor from 1987 – ’97.
I also worked in mental health from 2000 – 2005.
I also currently teach the Meisner Technique of acting in London.
I am passionate about human freedom both internally and socially and love to see people discover their innate wisdom, compassion and creativity.”
Seth Sullivan 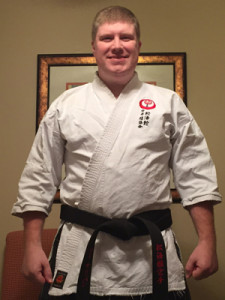 Seth Sullivan has been training in the art of Shotokan Karate for many years. He is a native of Magee, Mississippi and has trained in Magee, Madison, Petal, Clinton, Laurel, Hattiesburg, and now in Sumrall, Mississippi. He is a resident of Waynesboro, Mississippi and currently serves as the Minister for the Waynesboro Church of Christ. He is a 2nd Dan Blackbelt. Sensei Sullivan has attended several seminars and workshops in conjunction with other styles including Shotokan, Tae Kwon Do, Ju-Jitsu, and Seibukan Karate. He has judged, supported, and participated in several tournaments both state-wide and nationally including the State Games of Mississippi, Mississippi Karate Association, and the Amateur Athletic Union. It is Sensei Seth’s goal to help with furthering the values and traditions of the martial arts through the United States and world. 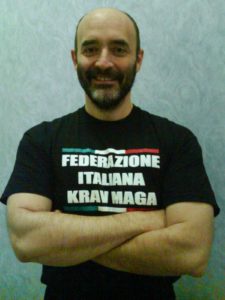 Pier has more than 30 years’ experience in the martial arts, is a Krav Maga teacher and 2nd degree black belt, holds degrees in Judo and Wushu, and currently runs a Krav Maga training center near Turin (Northwest Italy) since 2011. He is an experienced teacher in other fields than the martial arts, has a degree in Biological Sciences and a master’s degree in Sport Nutrition, and is the founder of a reality-based system (Urban Fight), that joins the Krav Maga approach to other martial arts and combat systems (Silat, Kempo, Western Boxing, Irish Fighting). 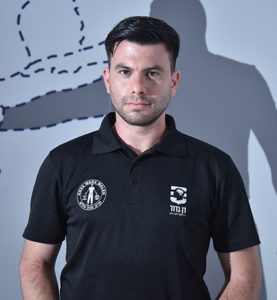 Dan Gador currently holds the rank of 3rd Dan Black Belt in Full-Contact Krav Maga. He has been training in Krav Maga for over 20 years, from the age of 10, and has been instructing for over 17 years. Gador has trained and was certified in Israel, the birthplace of Krav Maga, and currently operates a Martial Arts school in Israel. Gador Believes and teaches the values of non-violence, respect and integrity as he aims to better the world – one pupil at a time. 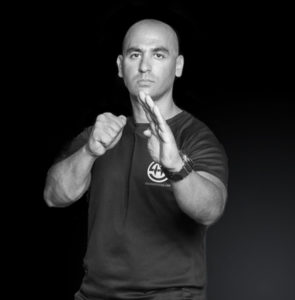 Ofir founded the Krav Maga Hagana System in 2000. As a security professional and a recognized expert in Krav Maga, he devotes most of his time to developing and innovating the system in order to make it as operational and efficient as possible. The main objective is to put this tool into the hands of anyone, and help a practitioner get out of risky situations – whether or not they are accompanied by violence. Known as a true innovator and forerunner in close combat, Ofir teaches every evening in Marseille at one of his schools, or in seminars around the world.

The association began with one community dojo in North Texas, opened in 2004 by Jon Hodge, along with his son Michael Hodge. After teaching countless classes to students in the area, and creating his own weapons instructional curriculums, Michael Hodge launched Ultimate Training Distance Training courses in 2007 (which was later renamed Black Belt at Home University). Ultimate Bo and Ultimate Chuks were made available for both students and instructors/school owners to train, earn rank through distance training, and instructor certifications. The association then created a Shotokan Karate, Tai Chi, and Krav Maga course of study. Since then, thousands of martial artists around the world have purchased, trained, and learned from our video instructional programs. The association continued to develop with more member schools, certified instructors, and courses of study.

Fast forward to 2015, with the launch of the Global Martial Arts University – the official online school for the association. Anyone in the world now has the ability to train, learn, and earn rank through our programs. The association has continued to develop through offering live instructor certifications, events, meet-ups, and through our positive-action organization – The Abundance Projects. Rather than just growing our organization for financial gains, or domineering, we continue to move forward with the goal of creating prosperity for all. Since our humble beginnings in a small community dojo, we have and always will uphold the values of dedication, service, humility, positive action, and excellence. We look forward to training with you soon!

Each month, a significant portion of our proceeds go to The Abundance Projects. This is a positive-action initiative which we have undertaken for the best and highest good of everyone. The primary goal is to motivate martial artists to become leaders in their community and create “abundance projects” which are based in the mindset of prosperity, rather than lack or disparity.

The Global Martial Arts Association and Jackie Bird Global LLC disclaims all liability between itself and any member school or registered member. The GMAA is for informational purposes only and shall not be held responsible for the actions of any student members, instructor members, school members, and leadership board members. The views, thoughts, opinions, and statements of GMAA members, certified instructors, and member schools do not reflect those of the Global Martial Arts Association, and it should not be held liable for the before mentioned.